For everyone who lives near me and loves a good book at a GREAT price, check this out!

Scholastic is holding a book sale at the Benton-Franklin Fairgrounds today through Saturday.
All books are 30-80% off.
Hours are 10-7 Friday, 10-6 on Saturday.
It is in building 2. 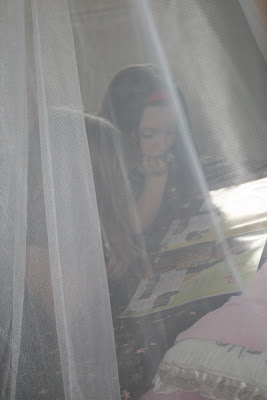 When it all comes down to it... 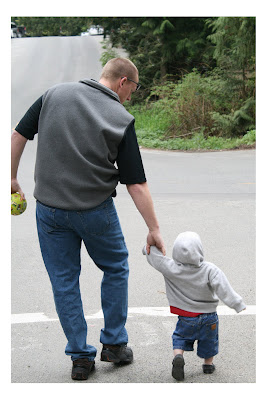 Several years ago John attended a Love and Logic Conference that was geared for Principals in the school system. As he told me about some of the practices they were teaching I mocked them and even made the "I will never" call...as in "I will never use those techniques as a mom." Well, we all know what happens when we make the never call.

Because of that conference John has had several Love and Logic books kicking around the house for quite some time. One of them is called "When Kids Leave You Speechless" and I was surprised when I picked it up to find that it is a book for parents, not school administration. Well, I think it is obvious where this post is going.

As I read the first few chapters I realized that I had been handling the teenage battles all wrong...very wrong. When the book gave example of what NOT to do, they might as well have been quoting me! Here is a discussion Anderson and I had a few weeks ago, I kid you not this is word for word what went down in his bedroom one night before bed.

Anderson: Why do I have to go to bed when I'm not even tired?
Me: Because it's a school night and you need your sleep.
Anderson: But if I'm not tired then I won't beeee sleeping.
Me: Anderson just go to bed and stop arguing with me.
Anderson: You never listen to me.
Me: Yes I do.
Anderson: No you don't, you don't even love me.
Me: Of course we do, I wouldn't be sitting here arguing with you if I didn't love you. (Giving
him a kiss and heading out the door)
Anderson: No you don't. I don't know why you even paid all that money to have my Leukemia
fixed. I think you would have liked it better if I had just died.
Me: Anderson! How could you say such a thing? Of course we love you that is exactly why we
paid all that money to cure your Leukemia!
Anderson: Well I bet if I got it again you wouldn't pay for it, cause you don't love me.
Me: Oh my gosh Anderson, Knock it off. We would pay again in a heartbeat because we love
you.
Anderson: If you loved me you would let me stay up late. All my friends get to stay up late. And their parents let them have cell phones.
Me: Oh my goodness! I'm going to bed, I don't want to hear any more of this crud. Good Night!


Yea...real effective. This kind of thing was going on all the time but it was this Leukemia conversation that sent me straight to the Love and Logic book. I was desperate. I knew I couldn't spend the next several years in constant battle. Anderson still says we don't love him but I don't get angry as often and I don't get into the verbal "battles" with him. Here is how our drive to Scouts went last Wednesday.

Anderson: I want to be able to download any music I want onto my ipod.
Me: I know you do but it's just not going to happen buddy.
Anderson: Why not? Everyone else gets to! Their parents don't have to listen to it first!
Me: Well aren't you lucky that I love you enough to care.
Anderson: You could just give me your password and then you wouldn't have to spend time
helping me get my songs.
Me: I'm sorry Anderson, I know it's a pain having to wait for me to listen to all your music but
I love you too much to argue about it.
Anderson: I wouldn't get bad songs! It's just so dumb!
Me: Anderson, I love you too much to argue.
Anderson: You always say that now!
Me: (Smiling) Then you must know how much I love you.
Anderson: (Getting out of the car) Well, maybe you need to love me less!

I know this sounds totally cheesy but it works! It does take a HUGE effort on my part to stay calm and to keep from falling into the trap of arguing but I have seen a big improvement. I'm not perfect at it (far from), but things are definitely getting better.

Last night as we were getting into the car Sydney and Anderson were fighting over who would sit in the back and who got to sit by Branson on the way home. Normally I would yell at them to stop fighting and then I would listen to several minutes of who did what to whom and when... blah blah blah.

Me: Sydney and Anderson, you can both sit in the back on the way home.
(Anderson who has had more Love and Logic experience, gets in the back. Sydney seeing the
coveted seat empty up front, sits down in it.)
Anderson: Mom! Sydney isn't getting into the back like you told her.
Mom: That's fine. Sydney can choose to sit in the front and I will choose to keep her home from
the birthday party on Wednesday.
(Sydney gets in the back seat)
Mom: You two are welcome to argue as much as you want in the back seat but if I hear
any of the fighting it will wear me out and you will just have to pay me back with an extra
chore tomorrow.
(silence)

About 5 minutes down the road I hear Anderson and Sydney start up one of their favorite games. It is like Rock, Paper, Scissors only you never say scissors. You can pick anything imaginable but you can't ever repeat the same thing twice and you can't repeat what someone else has said. So all the rest of the way home we hear:

Anderson & Sydney: Rock Paper________
Sydney: Mom? Which one wins? The Sun or a dog with Rabies?
Me & John together: The Sun
Sydney: Dang it!
Anderson & Sydney: Rock Paper________
Sydney: Mom? Which one wins? Water or a Tornado?
Me & John together: Tornado
Sydney: YES!
Anderson: No way! What if it is the ocean?
Me: Did you say Ocean or water?
Anderson: Water
Me: That could be water in a cup or a puddle or a lake and tornado definitely wins.
Cayden: (getting in on the fun debate) I learned in 4th grade that you can never actually
destroy water! You can get it dirty and stuff but you can't ever destroy it!

So I will take the corny one liners and the cheesy methods of Love and Logic for my Family Home Evenings to end on such a nice note. 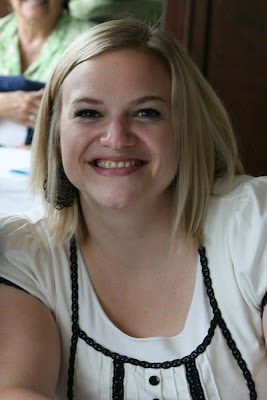 For her 30th Birthday my little sister Alicia wants some love...some comment love that is. So head on over to her blog and wish her a huge HAPPY BIRTHDAY!

Does Anyone Know Where the Cat is? 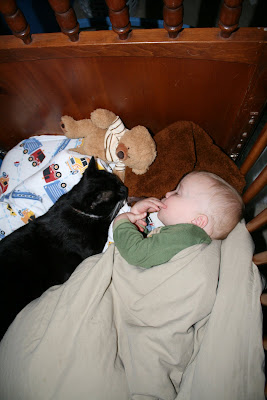 Hello, How are you? 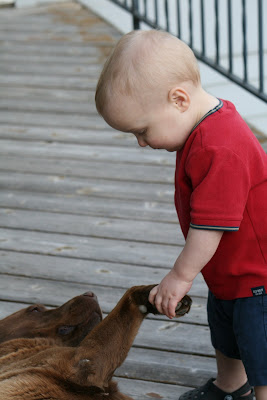 Landon and Starlie had their sweet baby boy today! 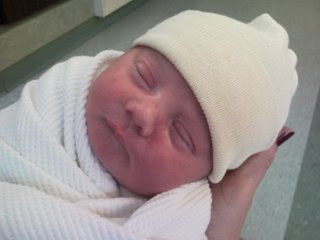 They haven't picked out a name yet but he was four weeks early and weighed a healthy 7 pounds 3 oz. 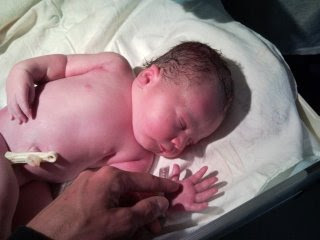 Both mommy and Baby are doing fine.

And for those of you who need a little brain teaser...
Landon is my youngest brother.
Starlie is John's, sister's, daughter...his niece, and when John and I got married she became my niece.
Sooooo when Starlie and Landon got married Landon became my brother and my nephew and Starlie became my niece and my Sister-in-Law. (So both Starlie and her mom are my sister-in-law.)
Confused yet? Trust me...there is no inner-marriage thing going on here.

It just means that no matter which family gathering I go to, John's family or mine, I will get to love on this adorable little guy!

I love it when you are just going about your day and then something small but meaningful and unexpected happens that makes you smile.

I was at the local college waiting for Anderson's Middle School Tennis match to begin. After calling John to let him know that Anderson would be playing in about 45 minutes I sat down on the grass to read my book. After about 35 minutes I began to glance up periodically to see if John had arrived. I began to wonder where the heck he was when I heard a biker ride up onto the grass. Imagine my surprise when I looked up... 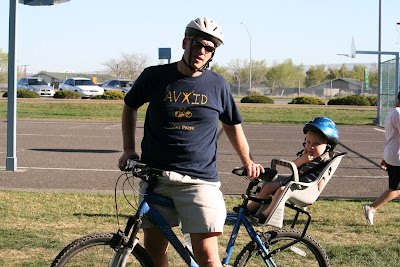 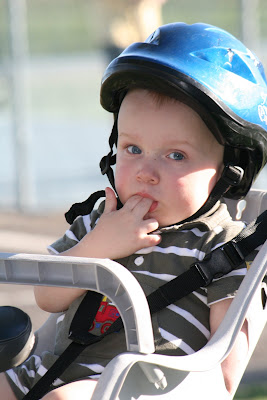 So it's that time of the year again where you get to help me put together my ideas for Cub Scout Day Camp. The theme this year is CSI: Cub Scout Investigators and the boys will be doing lots of detective work. At one station the cubs will be doing picture puzzles. Take a guess at what the following close ups are actually pictures of. They are all items that you would find around your home. Please let me know if they are too easy, too hard, too obscure etc. Remember that this is geared for 8-10 year old boys. Thanks for your help! (After putting this post together I realize that I need more objects with color!) 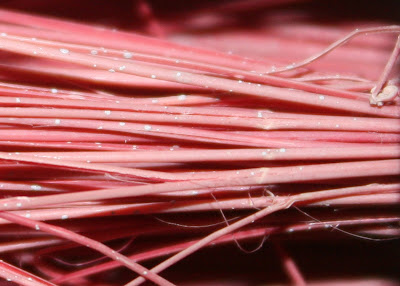 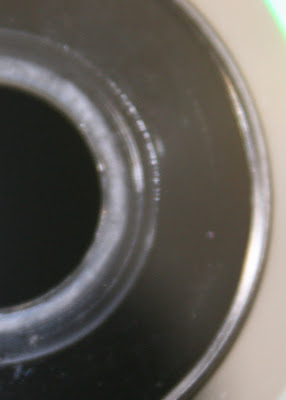 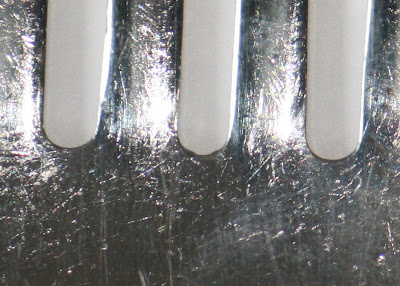 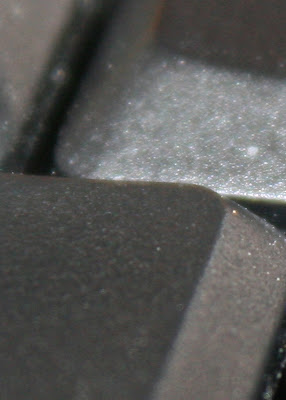 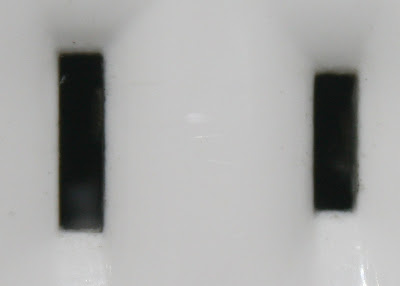 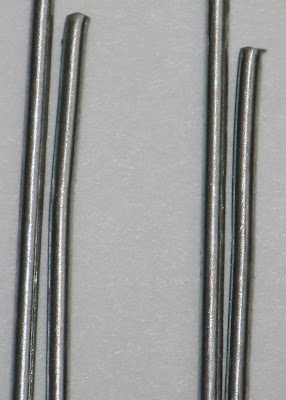 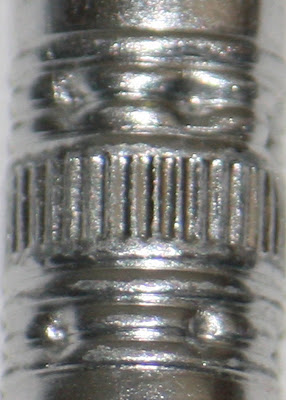 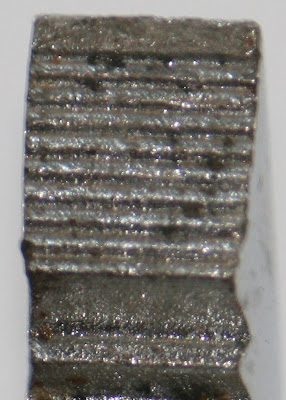 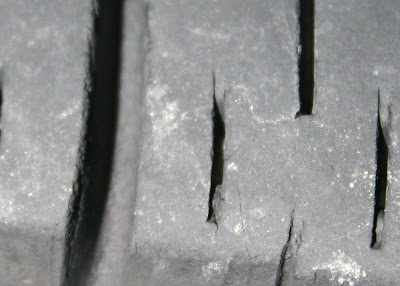 A couple of days ago Grandpa called from downstairs to tell us that there were some ducks in our backyard. Branson and I headed out to the deck and watched them waddle around the grass for over 20 minutes. 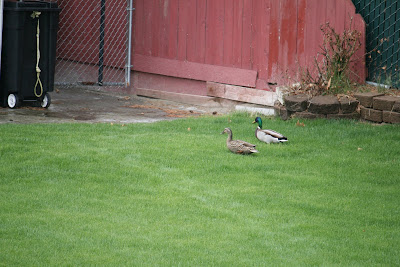 And what did Belle, our chocolate lab...the mighty bird hunter do the entire time? 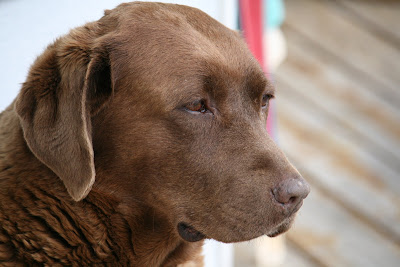 Branson has loved showering since he was about two weeks old. My favorite post ever is the one a year ago where I photographed his obsession with getting wet. Not much has changed except that now he is a big boy and loves to go it alone. We open the door, turn on the water and in he goes. It is so dang cute to see this little boy enjoying a big open shower all to himself. My favorite pictures show a bit more than I am willing to share on my blog, but there is just something so sweet and Innocent about all those little baby parts getting clean. 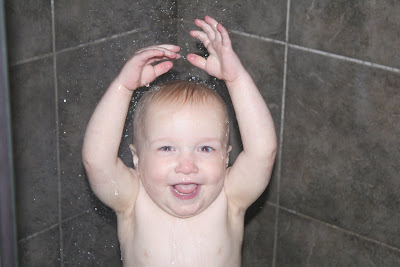 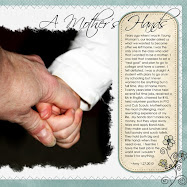